The Settlement was announced today in court before the Multi- District Litigation Judge Indira Talwani in Boston. Contemporaneously, an order was issued by the Honorable Judge Rachelle Harz of the New Jersey Superior Court implementing procedures to aid the settlement.

Numerous individual lawsuits were centralized in two jurisdictions. All federally filed Stryker LFIT V40 lawsuits were venued in the District of Massachusetts as a Multi-District Litigation (MDL) in April of 2017. Lawsuits filed in state court, New Jersey, were also consolidated as a Multi-County Litigation (MCL) in New Jersey’s Superior Court in Bergen County on May 16, 2017. Lawsuits from both jurisdictions are included in the confidential private settlement.

The Plaintiffs’ negotiating team jointly comment that “we are pleased we were able to bring a speedy resolution for our clients and are happy they will receive compensation for both the pain these devices caused and the surgeries they had to endure to attempt to undo the damage caused by these faulty implants.” 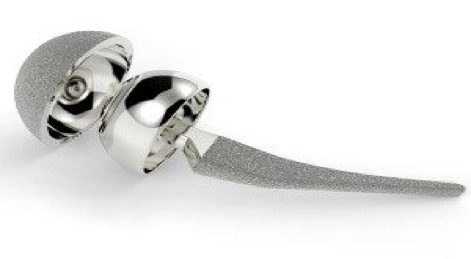 In August 2016, recall notifications/safety alerts were issued in Canada, Australia and the United States involving certain sizes and lot numbers of the LFIT V40 femoral head – a medical device designed and manufactured by Howmedica Osteonics Corp. (a subsidiary of Stryker Corporation). In its August 29, 2016 letter to orthopedic surgeons, Stryker explained that the LFIT V40 Head was recalled because of a high incidence of “taper lock failure”. Stryker identified various potential hazards associated with LFIT V40 taper lock failure, including metallosis (elevated cobalt or chromium in the blood) which can result in an adverse local tissue reaction (“ALTR”), tissue destruction, and device failure, and require additional surgery to revise or replace the hip implants.

This is not the first time Stryker has initiated a recall of hip components with a higher than expected rate of failure. In June 2012, Stryker recalled its Rejuvenate and ABGII modular femoral stems because of a high early failure rate, resulting in revision surgeries to replace the defective devices. Meshbesher & Spence represented hundreds of patients injured by the Rejuvenate and ABGII stems in lawsuits against Stryker, and helped craft a global settlement requiring Stryker to pay nearly $2 billion to injured patients.

If you had a hip replacement between 2002 and 2014 utilizing a Stryker LFIT™ V40™ femoral head, and now have elevated cobalt levels in your blood or abnormal MRI findings, or have had to undergo a revision surgery to remove the original components, you may be entitled to substantial compensation. Claims are asserted only against Stryker – not your doctor – and you may be able to settle your case without ever having to go to court.

Call us today for a free consultation. If you do not know whether Stryker components were used during your surgery, we will contact the hospital and obtain this information for you free of charge.

What Injuries are Associated with the LFIT V40 Femoral Head?

A typical total hip replacement system consists of four separate components: 1) a femoral stem; 2) a femoral head; 3) a liner; and 4) an acetabular shell. A Morse taper (a cone-within-a-cone) is used to mate the LFIT V40 Head with the femoral stem. The bore (female portion) of the LFIT V40 Head is placed onto the tapered trunnion (male portion) of the femoral stem and impacted by the surgeon using a hammer. The stresses created by compression of the wall of the bore by the trunnion results in a cold-welding or locking of the head/stem taper interface (i.e. taper lock). Failure of the taper lock or cold-weld between the LFIT V40 Head bore and the female stem trunnion allows micro-motion of the components and promotes corrosion and fretting. 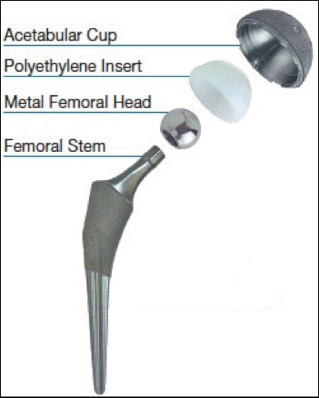 Which Particular LFIT V40 Heads Were Recalled by Stryker?

Stryker has identified the following LFIT V40 femoral heads manufactured prior to March 4, 2011 as included in its August 2016 and May 2018 recalls/safety notifications:

For a copy of the May 2018 Expanded Recall, click here.

What Should I do if I Have an LFIT V40 Femoral Head?

Unfortunately, Stryker’s Recall Notification does not provide any instructions for follow-up testing and treatment for patients implanted with the LFIT V40 femoral heads. However, we recommend having a simple, inexpensive blood test to check cobalt and chromium levels. If your levels are elevated, this is a sign that your hip is failing. Cobalt and chromium is measured in “parts per billion” or ppb. Normal cobalt and chromium are at levels less than 1 ppb. Many people with LFIT V40 heads have been found to have cobalt and chromium many times higher than normal in their blood.

If you have elevated cobalt and chromium in your blood, your surgeon will likely order a Metal Artifact Reduction Sequence or “MARS” MRI. This is a special type of MRI that is designed to determine whether there is soft tissue damage in your hip or the development of pseudotumors (abnormal pockets of fluid). These soft tissue injuries will not show up on x-rays.

Reason 2: Commitment. Unlike many firms who make big promises and then refer their cases to other attorneys, Meshbesher & Spence will handle your V40 hip case from beginning to end.

Reason 3: A Track-Record of Success. The lawyers at Meshbesher & Spence have recovered well over $100 million for their drug and medical device clients over the past few years.

If you have suffered injuries as a result of your Stryker V40 Femoral Head hip replacement component, or if you are unsure about the type of device implanted in your hip, contact Meshbesher & Spence today. Your consultation is free and you pay nothing until our Firm recovers fair compensation for you and your family.