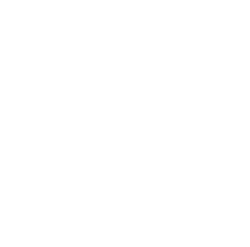 “I find fulfillment in leading clients to a resolution during difficult times.”

Ashleigh practices product liability law with a concentration on medical device and pharmaceutical drugs in our Minneapolis office and is licensed in several federal courts, Minnesota state court and some tribal courts.

Ashleigh combines her skills and unique background to represent many people who are experiencing pain and loss from being injured by a medical device or pharmaceutical drug. She strongly believes in the 7th Amendment and your right to trial by jury.

Ashleigh serves on the Boards of:

She was past chair of the:

Ashleigh also serves on the board of Canine Inspired Change, a non-profit that works with underprivileged you and therapy dogs.
When not in the office, Ashleigh can be found with her friends and family, on the volleyball court, hiking at a Minnesota State Park, or with her husband Rahul and dog Baileigh, who she rescued in 2010.

2014, U.S. District Court for the Northern District of Texas

2014, Admitted to practice on an annual basis before the tribal courts of the Prairie Island Indian Community and the Mille Lacs Band of Ojibwe

2015, U.S. District Court for the Western District of Wisconsin